Problem statement: Given a cart carrying a pole attached to it at the centre by a rotary joint, the challenge is to keep the pole vertical only using the motion of the cart, i.e. the only variable under our control is the force given to the cart at each instant. The number of variables required to describe a given configuration of the system entirely is 2, the position of the cart and the angle of the pole measure from the vertical in the anti-clockwise direction. But the variables we can control is 1, hence an under-actuated system.

The dynamics of the system is derived using Euler-Lagrange formulation and then converted into state-space representation, which is of the form xdot = f(x), where x is the vector of generalised coordinates(x1 = cart position and x2 = angle of the pole, x3 = velocity of the cart and x4 = angular velocity of the pole). One way to validate the mathematical model is to check the percentage change in the total energy of the system as it evolves from a given initial condition without external forces. 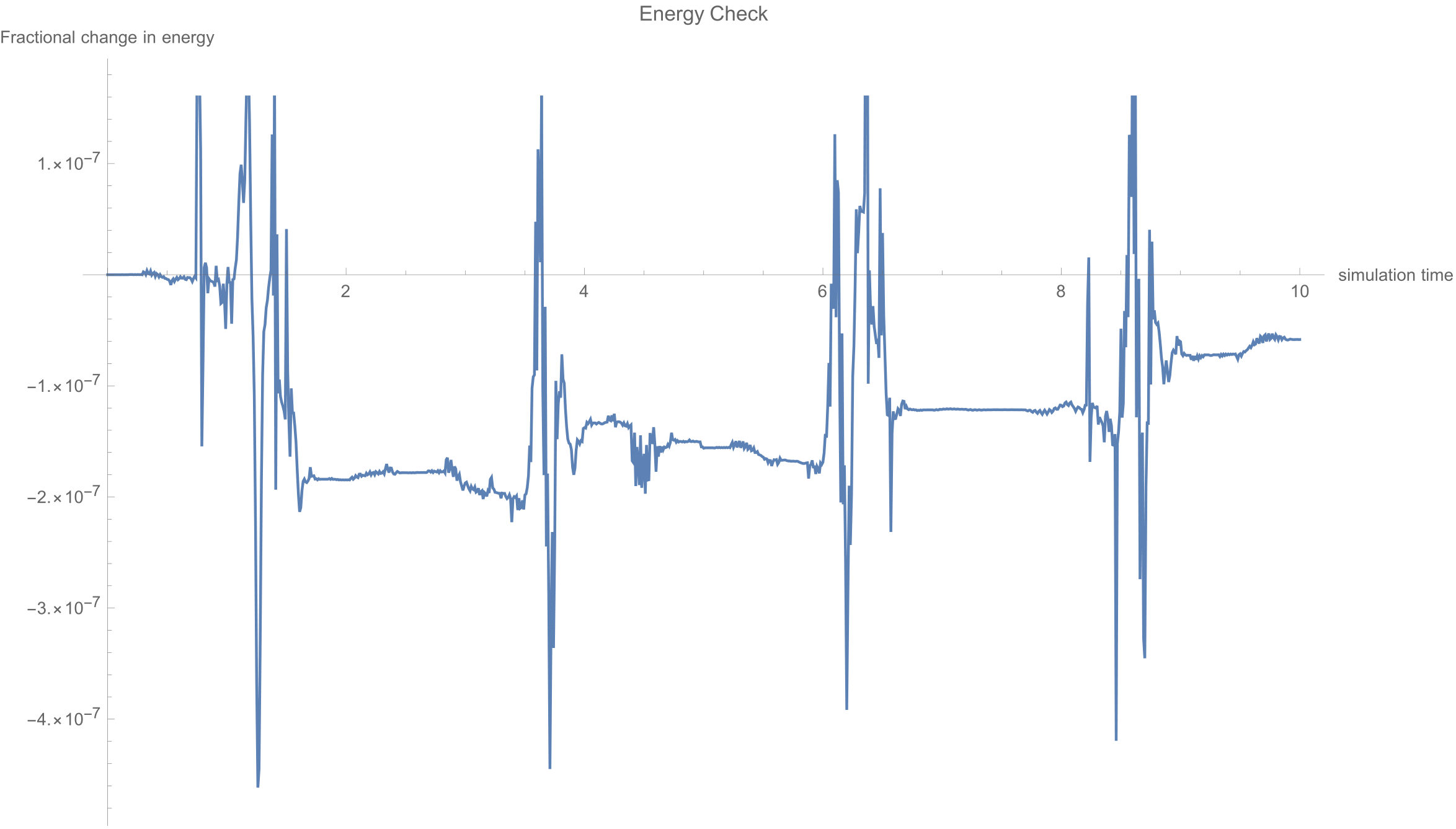 Simulation with no control input 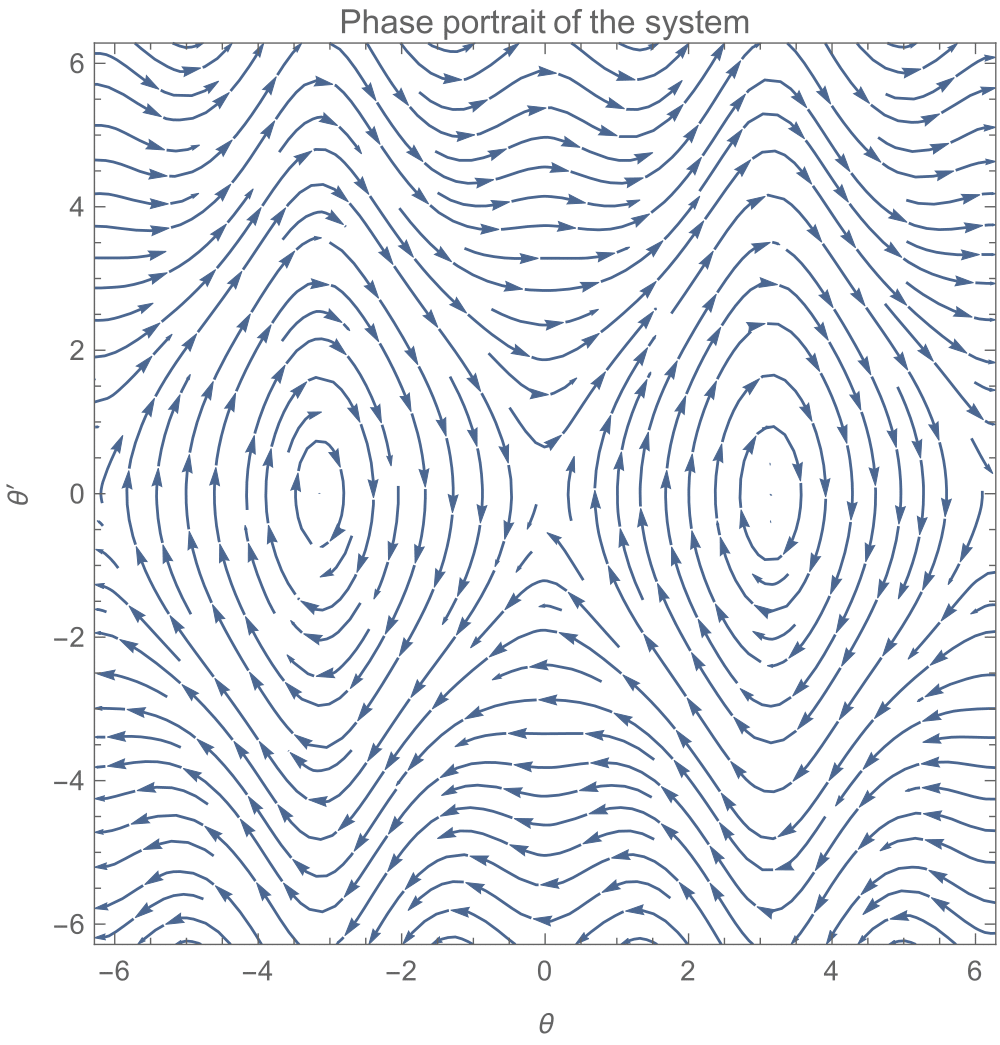 Now we try out different controllers which take the pole and stabilises it at its unstable equilibrium position.

Working of the full-state feedback controller 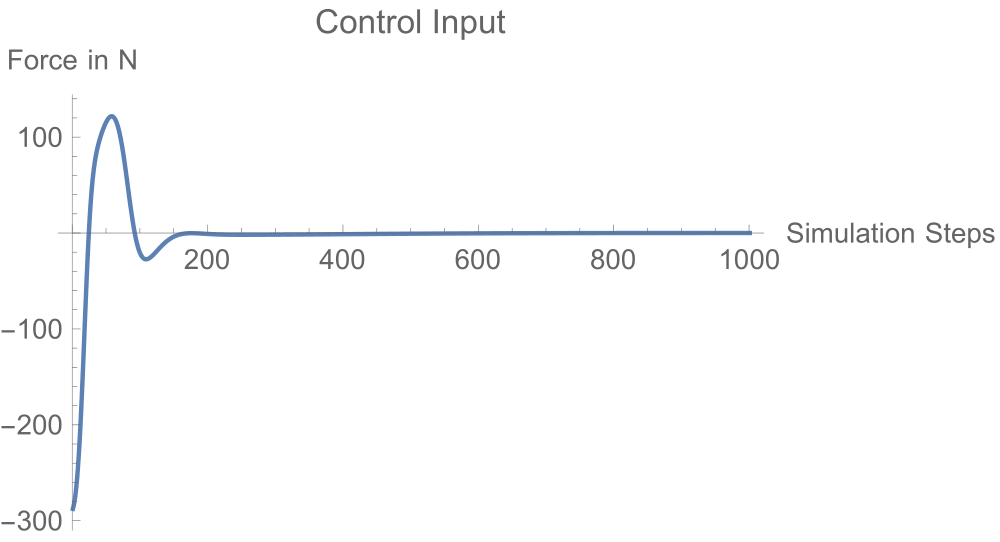 Task-2: Design a Linear Quadratic Regulator(LQR). Seeing the controller effort required in the previous case, we would want to solve this problem by using smaller efforts. So we put a constraint on the effort in this case. 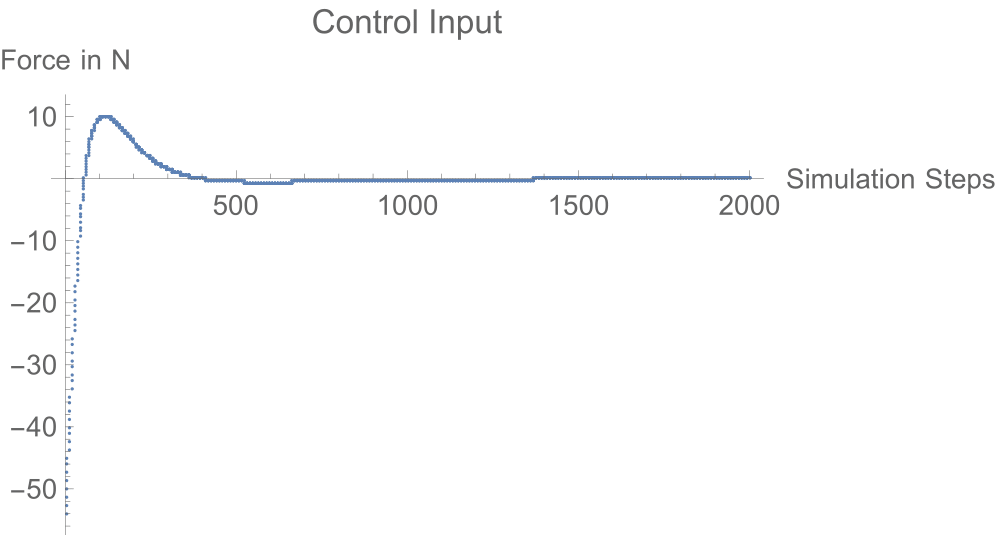 What we have done until now is to obtain a controller from the linearised model and use it to control the non-linear system. We see that in both cases, the controllers are still capable of stabilising errors as huge as 60 degrees. So why even bother about non-linear system analysis if this works just fine?

Let’s have a look again at the phase-portrait of the pendulum. 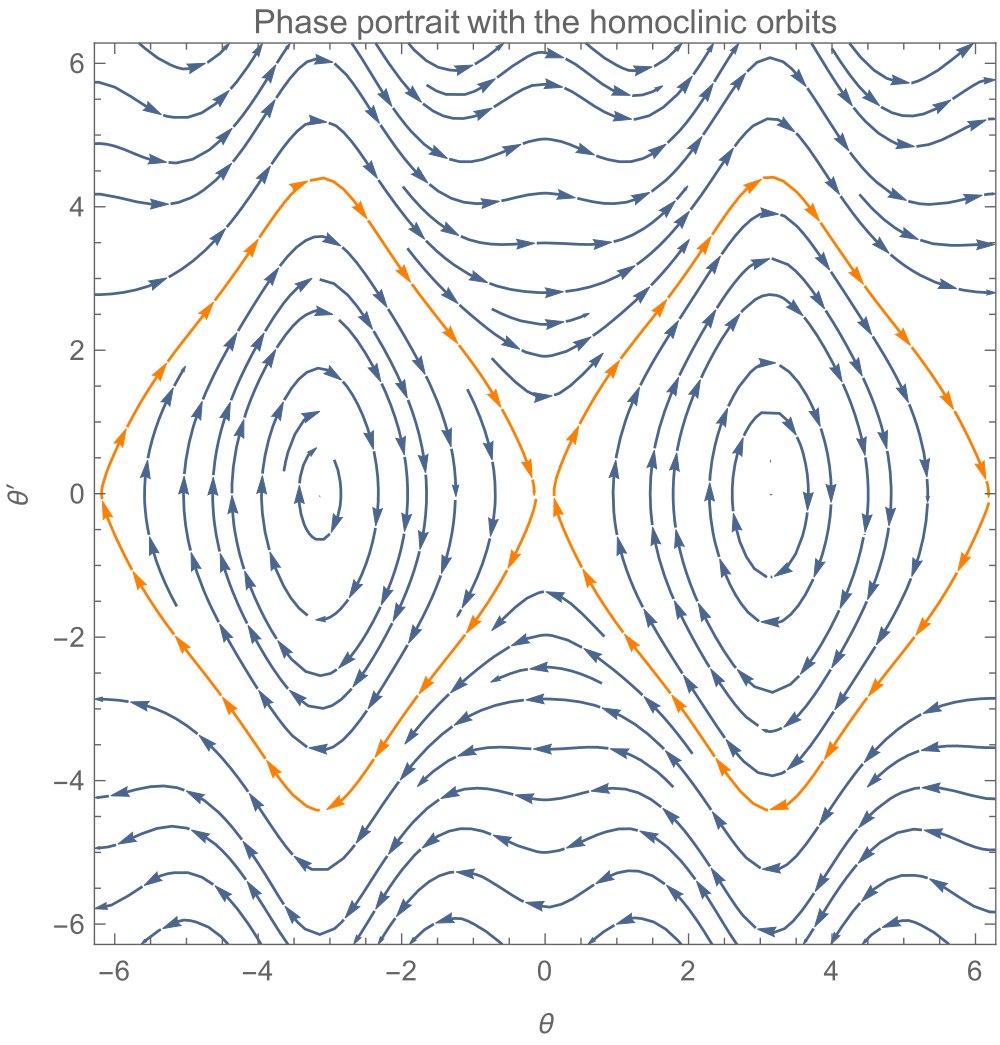 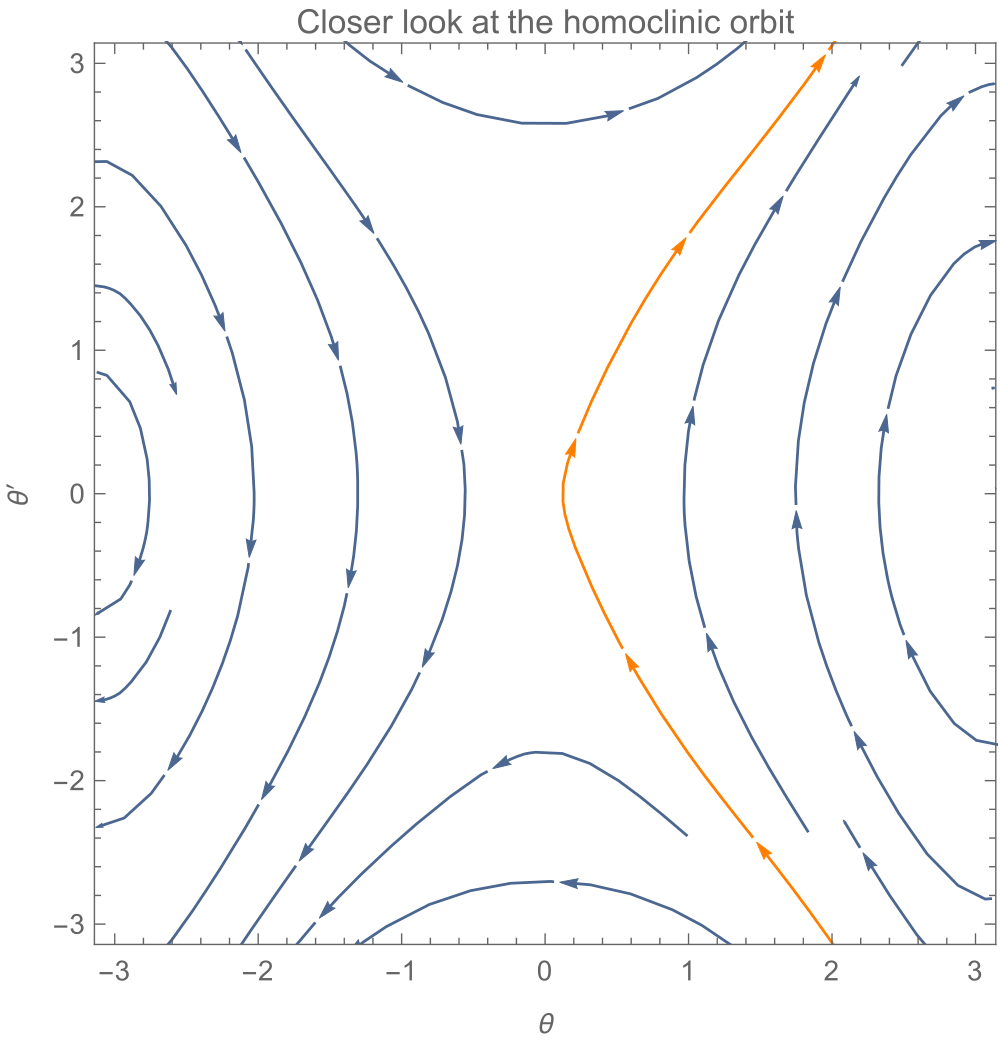 Closer Look at the Phase Portrait

(Though it looks like a continuous orbit, in reality as we go closer to origin the lines terminates and originates from it).

Starting at any point on the orange orbit would automatically (evolves without any external control) take the system to the unstable equilibrium point (0,0). So given an initial configuration, it is enough if we steer the system until it hits this orbit. This is the essence of this control strategy. For more information refer to this textbook. 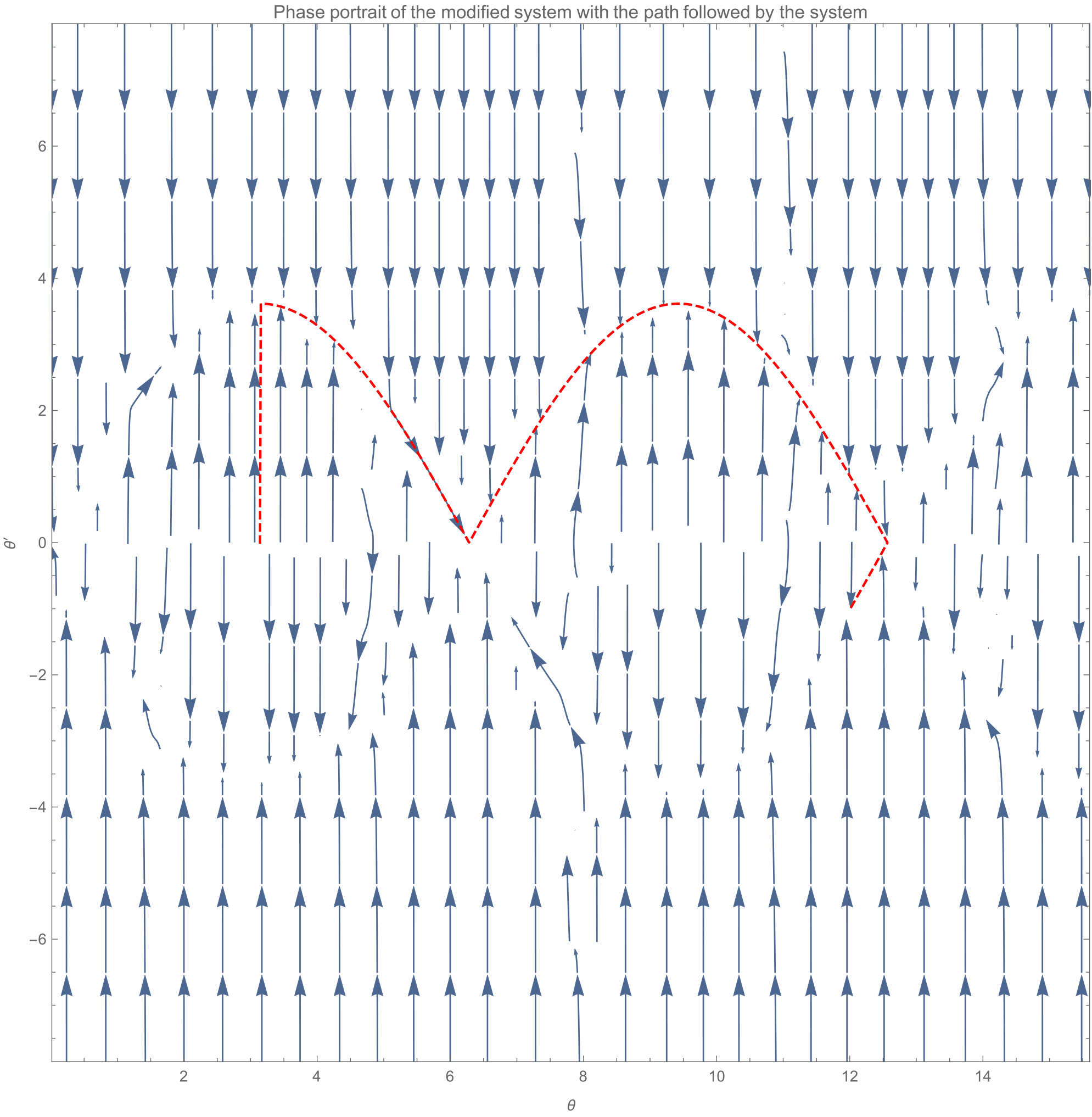 Interesting point is that, if there are any numerical errors in the states, these small deviations in its configuration drives the system along the orbit until it comes back to the unstable state again. This tells us that this is not a stabilising controller. 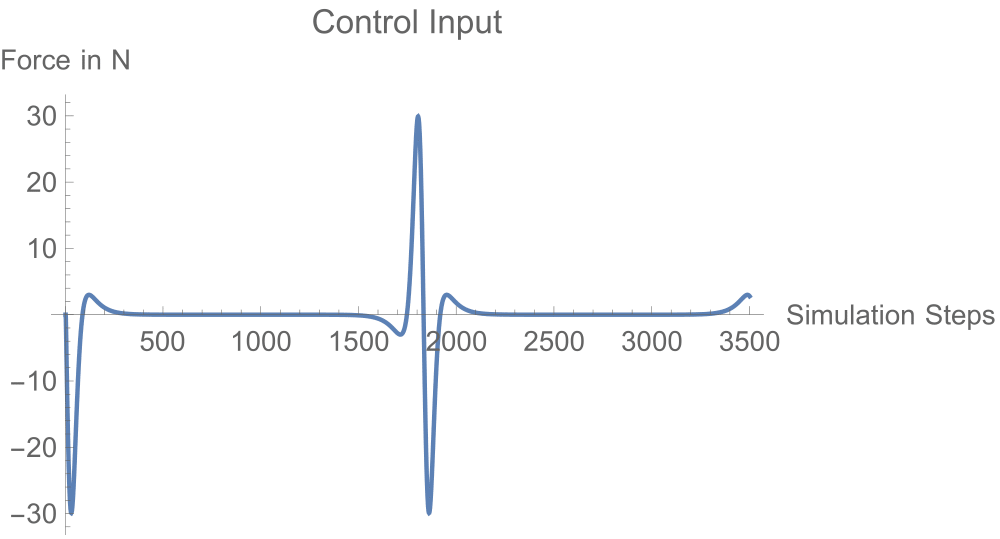 When we cannot come up with a controller, we can obtain the required control input by discretising the system and posing the problem as an optimisation problem, with the system, state and actuator constraints.

A beautiful introductory tutorial on this topic can be found here.

In our case, we have 80 discretised states and the objective is to minimise the net control input. 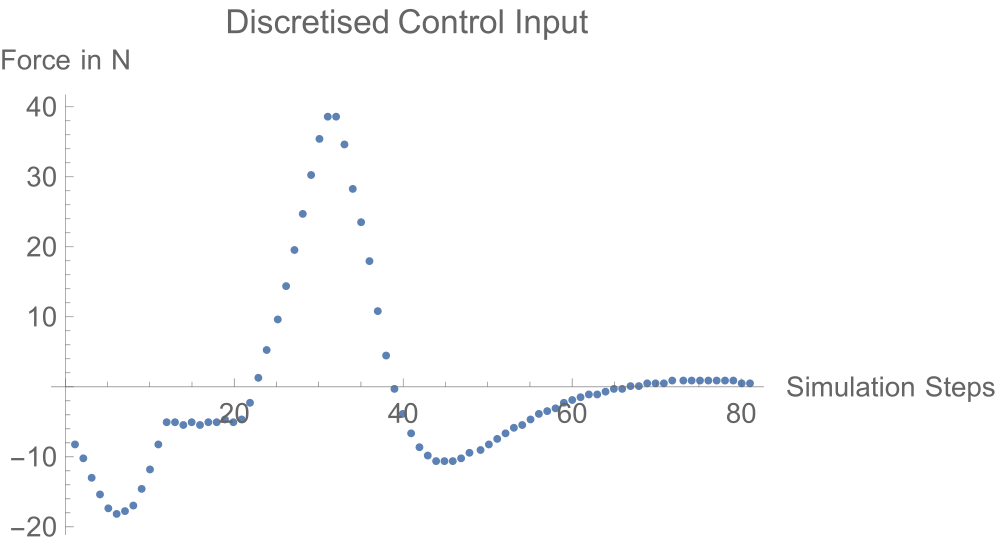 All the codes are available in this GitHub repository.